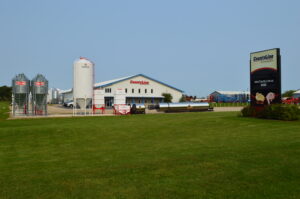 Continually Growing With Our Customers

County Line originally started in the grain handling industry in 1998 based at the farm of Neil & Theresa Scholten near Palmerston, Ontario. Both Neil & Theresa grew up in the farming community and were farmers themselves. They quickly realized there was a further need from many customers and expanded into the livestock sector with a focus on poultry and swine, both areas which they had firsthand experience. A shop was constructed in 1999 to warehouse parts and an office to work out of. Growth continued and Neil secured key product lines to the poultry equipment side of the business with AP/Cumberland and became a Westeel dealer through John Ernewein Ltd. Neil also worked with customers to develop some innovative new products.

In 2001 Jon VanDonkersgoed joined the County Line installation team. Jon also had a background in farming (hog) and previous experience installing equipment. As the customer base continued to expand County Line soon outgrew the facilities at the farm despite an addition the the building in 2006. It was around this time that Jon became a partner with Neil & Theresa in the business. In 2008, a new facility was constructed and County Line moved the business to Teviotdale. The Teviotdale location offered some advantages with a busy highway location and a yard better suited to large trucks bringing in equipment. Even with this County Line found they were still short on space and a 50’ addition was added in 2010 for more warehouse space. In 2011 County Line purchased an additional piece of land attached to the current plot with plans to build again. However, in early 2012 an opportunity arose to purchase a larger building that would be well suited to the growing needs of the company. That opportunity was realized in September 2012 with the purchase of First Choice Bosman. Not only was the location and building well suited to County Line but we also welcomed some key employees and product lines when the two teams joined together.

In 2019 a 6000ft² storage building was added to handle the movement of equipment and expand inventory levels, as well as extra yard space. The 60′ x 100′ building also features a loading dock to handle incoming loads efficiently.

Today County Line is operating out of that Listowel location and still growing with their customers. The County Line team has decades of knowledge and experience to draw from. It is because of these great people (both past and present) that we have been able to provide a service to their customers that is second to none. County Line also continues to be a leader in the industry when it comes to new products whether it be through a local manufacturer or sourced globally. This ensures farmers have the technology needed to grow their operations in the 21st century. 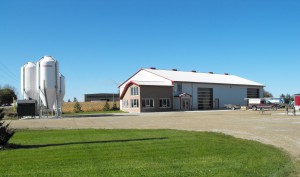 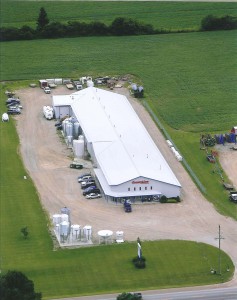 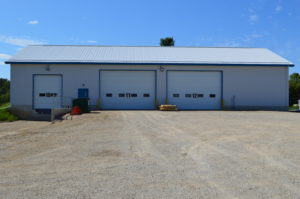 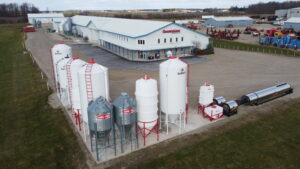